Are you angry that another motorist has cut you off? One day, you might not be flipping them a one-finger salute and hammering the horn. Instead, you might send the other driver an emoji.

Are you angry that another motorist has cut you off? One day, you might not be flipping them a one-finger salute and hammering the horn. Instead, you might send the other driver an emoji.

A tech startup in Silicon Valley is working on technology for cars that will send emojis to other motorists, rather than using a horn to share a message.

According to the Financial Times, Drive.ai is developing autonomous technology that will help cars communicate to each other.

Drive.ai’s technology will use displays on the car, potentially on the roof our on windows, to share messages with other vehicles. In addition to showing emojis, the platform would also be able to display pictures and text.

The company’s co-founder tells the Financial Times that this new technology is designed to help drivers “emote intention.”

There’s still lots of research and development that needs to go into this. Also, a whole bunch of manufacturers are going to have to sign off on a standard for vehicle-to-vehicle communications so they can all talk together nicely, even if the emoticons that will be flashed to others won’t be friendly.

Can’t stand waiting for the traffic light to turn green? Audi has technology to help you get a jump on the other guys.

Audi’s Connect Prime service will help drivers know when a traffic light will turn red, and when the signal will change to green.

The feature will be available in three new models beginning this fall.

However, don’t expect to be jumping the reds in any town, right away.

The technology relies on data from each city’s traffic light infrastructure, which is sent to the car via its onboard LTE connection. Only “select cities and metropolitan areas across the U.S.” will jive with the new system.

It’s all through their vehicle to infrastructure (V2I) system that connects cars to the road infrastructure, making the cars smarter in the process.

The car will determine and show the driver the optimal speed they should be travelling at so they don’t have to come to a stop at the intersection.

The goal is to reduce fuel consumption and lower emissions.

If you’d like this feature on your next Audi, you’ll have to tick the right option box on the forthcoming A4, A4 Allroad or Q7.

Hyundai is killing off its rear-wheel drive sports car, the Genesis Coupe. This model year will be its last.

The news, reported by Motor Trend and other outlets, comes as the Korean automaker moves ahead with plans to turn the Genesis name into its own luxury brand. Think of what Audi is to VW, or what Lincoln is to Ford.

With aggressive styling and a potent engine, the Genesis Coupe stood out for its value-minded pricing.

Its naturally-aspirated 3.8-litre V6 engine could pump out 348 horsepower, while the smaller 2.0 inline-four was good for 274 ponies.

Its reception in car reviews wasn’t overly impressive. Let’s be honest, if you wanted a larger rear-wheel drive car that was short on practicality, you’d opt for an American muscle car or spend a little extra to get Japanese quality.

Although this model is dying off, we’ll probably see something similar from Hyundai once it gets its new Genesis brand up and running. 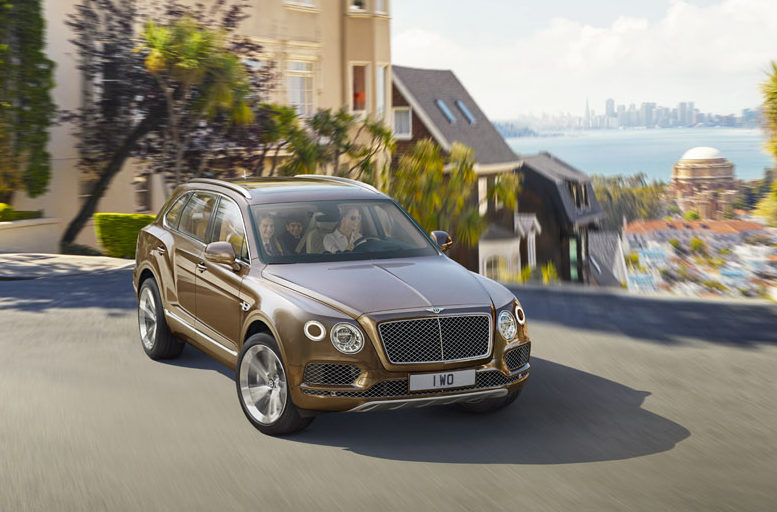 It’s no secret that Vancouver’s skyrocketing housing prices are wild. The cost of a single-family home is now at $1.6 million, a 39 per cent increase from last summer.

Fuelled in part by wealthy foreign buyers, many from China, the city is enacting a 15 per cent tax on homes purchased by non-Canadians.

But it’s not just the housing market that’s been affected by wealthy folks from foreign countries. The Vancouver luxury car market has gone gangbusters as well.

Numbers from the Insurance Corporation of British Columbia and found that the number of high end vehicles in Vancouver has almost doubled between 2009 and 2015. That’s a short time period for such a dramatic increase.

Business is booming for high-end luxury and exotic car dealerships. Not wanting to miss out on making a sale to buyers whose primary language isn’t English, some are hiring sales reps that speak Mandarin to cater to buyers from China, according to Bloomberg.

And these buyers don’t just want any luxury car – they want the best, most exclusive models.

He says a customer came in and wanted a new Bentley Bentayga SUV. Great, but this was even before the vehicle was in production.

The customer told Kwonk he wanted the vehicle right away. “How much do I need to pay to get that car right now?” he reportedly said.